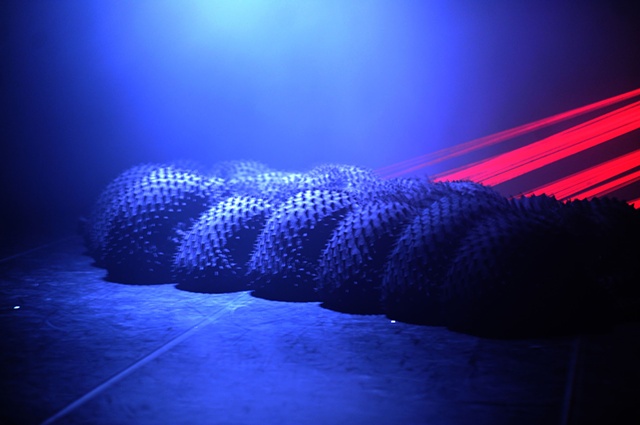 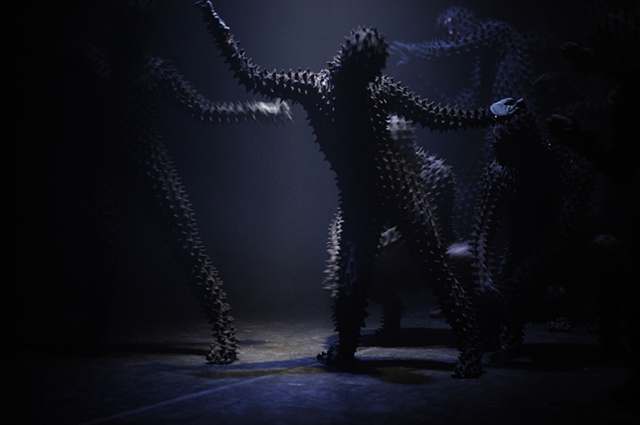 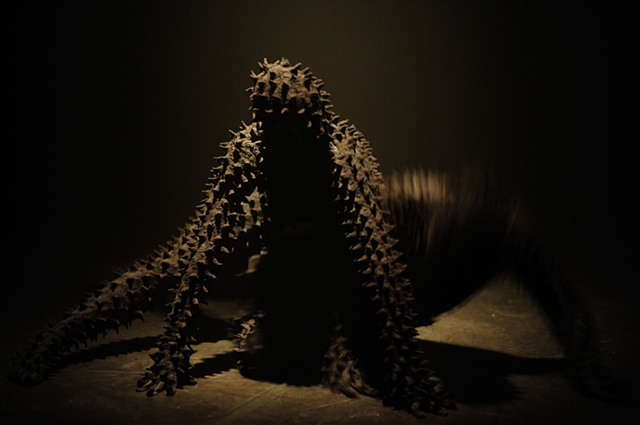 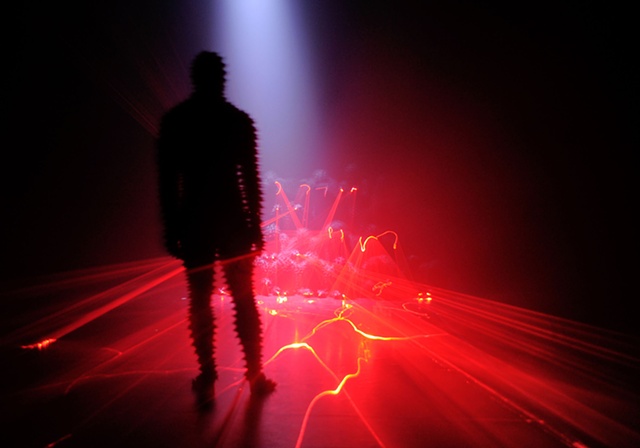 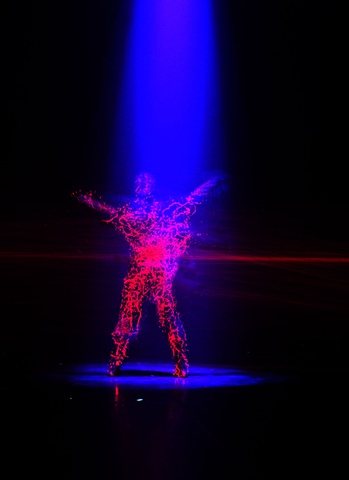 black project 3 was commissioned by the Lyon Opera Ballet and premiered in June 2010. It is the final installment of the black series which is concerned with visual distillation. The series proposes that by distilling the visual palette down to a single tone, we somehow address what it might be to escape context. By trying to limit the potency of outside influences or visual references, how much can we view this event on it's own for what it is? Can we look at something and think of nothing else? Can an image, sound, movement or arrangement of these be truly unique? Can an object be completely it's own subject, escaping other derived meanings or the invitation of comparison?

The unique concern of black project 3 as opposed to 1 and 2, is a focus on choreography and costume as camouflage. There is an intention, though not always successful, to remove almost all traces of the body from the design. The work seeks to draw our attention away from the body, and consider only texture, shape, rhythm, pattern and energy. In this work the body's primary function is to act as the vessel for a living, breathing sculpture that we see as both singular and fragmented. In black project 3 we are also introduced to a single vivid colour that bridges the black series to the next sequence of works that will also deal with visual control and optical perception. photographs by Michel Cavalca michelcavalca@orange.fr Lyon Opera Ballet www.opera-lyon.com